Welcome to my new website! Hey, did you know about my new group, Jazz Créole? How about the Creole Jazz Serenaders? Are you aware that I've been doing 2 live streams daily for over 150 consecutive days? If you haven't, then, you’ve come to the right place!

The Blue Book Of Storyville 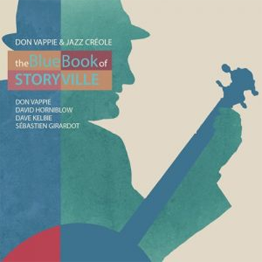 "The banjo has a Jimi Hendrix"